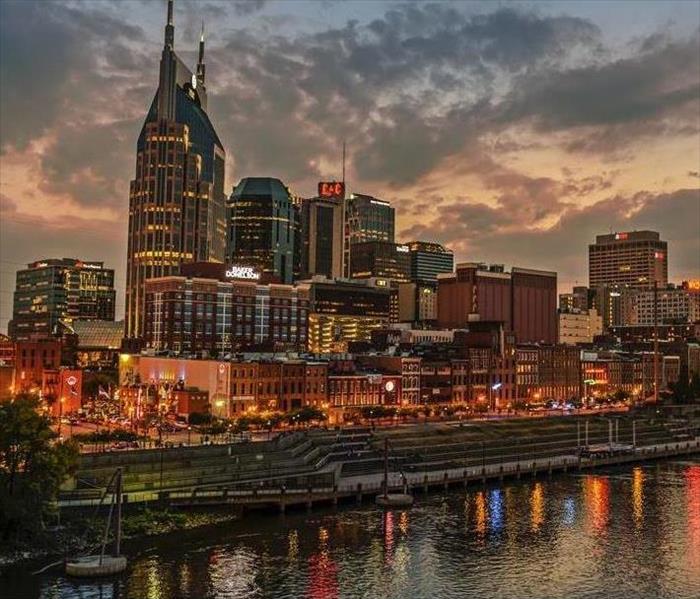 The town of Nashville was founded by James Robertson, John Donelson, and a party of Overmountain Men in 1779, near the original Cumberland settlement of Fort Nashborough. It was named for Francis Nash, the American Revolutionary War hero. Nashville quickly grew because of its strategic location, accessibility as a port on the Cumberland River, a tributary of the Ohio River; and its later status as a major railroad center. By 1800, the city had 345 residents, including 136 enslaved African Americans and 14 free African American residents. In 1806, Nashville was incorporated as a city and became the county seat of Davidson County, Tennessee. In 1843, the city was named the permanent capital of the state of Tennessee.

In February 1862, Nashville became the first state capital to fall to Union troops. The state was occupied by Union troops for the duration of the war. The Battle of Nashville (December 15–16, 1864) was a significant Union victory and perhaps the most decisive tactical victory gained by either side in the war; it was also the war's final major military action, in which Tennessee regiments played a large part on both sides of the battle.

In 1963, Nashville consolidated its government with Davidson County, forming a metropolitan government. The membership on the Metro Council, the legislative body, was increased from 21 to 40 seats. Of these, five members are elected at-large and 35 are elected from single-member districts, each to serve a term of four years.

Since the 1970s, the city and county have undergone tremendous growth, particularly during the economic boom of the 1990s under the leadership of then-Mayor and later-Tennessee Governor, Phil Bredesen. Making urban renewal a priority, Bredesen fostered the construction or renovation of several city landmarks, including the Country Music Hall of Fame and Museum, the downtown Nashville Public Library, the Bridgestone Arena, and Nissan Stadium.

Nissan Stadium (formerly Adelphia Coliseum and LP Field) was built after the National Football League's (NFL) Houston Oilers agreed to move to the city in 1995. The NFL team debuted in Nashville in 1998 at Vanderbilt Stadium, and Nissan Stadium opened in the summer of 1999. The Oilers changed their name to the Tennessee Titans and finished the season with the Music City Miracle and a close Super Bowl game. The St. Louis Rams won in the last play of the game.

In 1997, Nashville was awarded a National Hockey League expansion team; this was named the Nashville Predators. Since the 2003–04 season, the Predators have made the playoffs in all but three seasons. In 2017, they made the Stanley Cup Finals for the first time in franchise history, but ultimately fell to the Pittsburgh Penguins, 4 games to 2, in the best-of-seven series.

In March 2012, a Gallup poll ranked Nashville in the top five regions for job growth. In 2013, Nashville was described as "Nowville" and "It City" by GQ, Forbes, and The New York Times.